So I did it, I ran Silverstone Half Marathon!

END_OF_DOCUMENT_TOKEN_TO_BE_REPLACED

On Sunday I will be running the Silverstone Half Marathon – my first ever half!

The distance does not worry me as I completed just shy of the 13.1 miles in training a couple of weeks ago. The weather doesn’t put me off, despite the wind that is forecast – it’s Silverstone, I’ve experienced every season in a day there before! The undulation of the track is preying my mind a little bit, as I have memories of cycling along the new start – finish straight and almost grinding to a halt! However I’m sure that will be a breeze compared to going over the bridges at mile 7!

So what is worrying me? Well last Friday and Saturday I started to feel unwell so took some medication to ward off an impending colitis flare up. Unfortunately on Saturday night the shivers started – each and every bout of colitis seems to start with uncontrollable shivers. I have got off lightly, and had a few hours a day of feeling poorly rather than it lasting all day & all night, however I can’t seem to shake it. On Thursday morning I felt fine so went out for a 2 mile run – a last turn over of the legs, nice and short and flat so not to push myself too hard. The running bit was fine, but I felt so poorly during it I have no idea how I’m going to get through 11 more miles if I feel the same way mid run on Sunday! Today was out and out painful – my usual medication, a wheaty bag, painkillers, fennel tea & ginger biscuits could not get me back into a comfortable place, so fingers crossed a couple of early nights & plenty of rest on Saturday do the job, otherwise it could feel like a very long 13.1 miles! Wish me luck – I think I’ll need it!

After running the York 10k in August I had a colitis flare up for three months which stopped me from doing anything. Thankfully extra medication brought it under control just before going on holiday to see my sister in Australia, so we had an amazing holiday. She got me jogging again, around her local park and also along Bondi Beach and the coastal path.

In October, Jay ran the Royal Parks Half Marathon with his work mates and they inspired me to sign up to the Silverstone Half Marathon, as that was their next event. I kept it secret for quite a while incase I wasn’t well enough to train for it, so in the new year, with the occasional jog under my belt, I thought it was time to get back into regular exercise.

So two of my New Years resolutions involve running – 500km total for the year, and to complete the half marathon. I set myself up a plan, 2 shorter runs during the week with a longer run at the weekend – reaching 15km by the end of the month. To keep me motivated I signed up to Janathon, Jantastic and Strava challenges, as well as doing Jay’s January Jumping Jacks challenge.

Starting with the jumping jacks challenge to get the negative bit over and done with first – jumping jacks are bloody hard! It turned out a whole lot harder than I expected, and with the running I found it too hard on my legs. Also the sheer number of them was too much for me – I was ok up to about 200 then above that it was too many, especially when doing them daily! But still I had a good go and ended up doing 2630 jumping jacks in total, so not all that bad going!

Janathon involved exercising every day and blogging about it – I found it surprisingly easy to forget that I was supposed to do both of those! However I did do something every day, even if it was just a gentle wander around the car park at dinnertime at work, although my intention was to do something more than that. It’s not always possible though and I was happy with my efforts. As well as the jumping jacks, the daily exercise including strength and toning work outs, foam rollering sessions (well, it did on days I was struggling for something to do!), and running. The best thing about janathon was that it forced me to think about doing some exercise on top of the running, no matter how little or small! And it’s great to have a record of my first foray into proper training for a big event.

Despite the name, Jantastic goes on for 3 months, so January was only the start of this one. Every month the target is increased, but for the first month the target is based about the number of runs per week, three in my case. The best thing about jantastic is that it is a big motivator to keep running, to keep to my plan – because you earn badges and see the percentage of planned runs that have been done! On the days where I really didn’t fancy a run, the thought of losing the 100% got me into my trainers.

As well as the number of weekly runs, February’s Jantastic targets increasing the distance – which is good for my training plan! The only downside is with my race being at the start of March, rather than the end as the Jantastic is working towards…so I will be tapering at the end of the month, and might lose the 100%!!

And finally, to ensure I had motivation over the length of my runs, I took part in two Strava Challenges – run a 10k and run 50km in the Prove It challenge. This had the desired effect and I went for the 10km badge earlier than I initially planned – to give me extra time at the longer distances mainly, but I was pleased to get my first badge under my belt 🙂

With all the motivation from these challenges, added to the support from friends and family, I ended the month on a total of 69km – very pleased with that!

I got up early today to do yesterday’s run – jantastic is working as I didn’t want to lose my 100% by skipping a run!

I went to work early to have a go on the treadmill and attempt to get used to different pacing, starting with a slow jog and getting a bit faster.

Great in theory, but somehow I got the treadmill stuck far to fast and took me a few minutes to get it back down to the jogging pace I wanted!

After a kilometre I upped the pace slightly and was pleased to find that it still felt like a jog (I was thinking it might be a bit fast for me to maintain) so for the final km I went faster again. To maintain the faster pace I was having to do bigger strides and my breathing started to speed up, so I found the point where I would count it as running – around the 6 minute 30 per km pace!

I did a couple of minutes of gradually slowing down to cool off, before stretching and getting a shower and changed. Normally I dry my hair in the car, so it was weird (and time consuming) to have to use a hair drier! Great to have the facilities at work, I will have to use it more 🙂

I haven’t done very well at this Janathon lark! I totally forgot about it yesterday, luckily I had been for a walk at dinner so that will have to count!

I overslept in the morning, forgot to take my running stuff to work, and didn’t have time in the evening as it was Weight Watchers night and then I had some work to finish off when I got home.

I’ve been totally disorganised this week with both exercise and food and it showed on the scales – 1lb on.

Janathon was a non event today really in terms of exercise – it was pouring at dinner time so the only walk I had was to the canteen!

This evening I have done some stretches & a few minutes on my back with the foam roller as it was starting to twinge again today.

I got up early intending to jog for a steady 30 minutes, but it wasn’t quite early enough for that! Instead I revised my aim to 3km at a steady pace of 7 min/km.

The first km went ok, and almost on target at 7:10min. The second km felt a similar pace but turned to be a bit slower at 7:31min, so I went a bit quicker for the final km to make sure I could finish it and get back to get ready for work. It was 6 min 27 and felt like I was striding out a bit more but while still in control of my breathing and heart rate – I didn’t feel like I was about to collapse!

So on the short runs over the next few weeks, I’m going to concentrate on my pacing and try to be a bit more consistent!

Yesterday’s janathon post (I fell asleep whilst typing it out on my phone!)…

Normally on a weekend I take any chance to be lazy. Not today, today is the first day I have surprised myself by how much getting into running with jantastic and janathon has changed my outlook.

END_OF_DOCUMENT_TOKEN_TO_BE_REPLACED

Today had a lovely dinnertime walk in the sunshine, walked a bit further than have done recently, and ventured out to see the sheep in a field at the bottom of the hill near work. Walking back up the hill my legs felt tired after yesterday’s exertions, so I put some calf socks on when I got back to my desk. I don’t know if they help but they made my legs feel warm and toasty, like I’d put a dressing gown on, so must be good in my book!

I didn’t have much time or inclination to do much tonight, so I did a few jumping jacks as I haven’t done any for several days.

I did log last week’s runs for Jantastic & set February’s targets. I’m glad I’m still on track for January, but February is a wee bit scary!

A 6am wake up from a bolt of pain as I rolled onto my side in my sleep put paid to any ideas that this random back pain would go as mysteriously as it arrived.

So today’s planned 12 – 15km is off & instead have done some stretches and repeated yesterday’s foam roller moves as that did help it ease the pain.

The stretches are these, I’ve done a set of 10 each so far and will repeat throughout the day.

If any one has any tips other than strapping a hot water bottle to my back, please let me know! 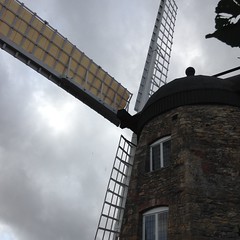 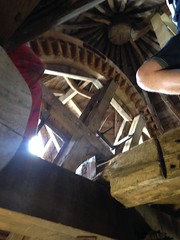 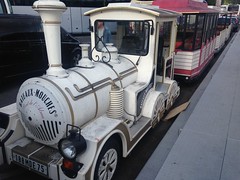